The chemical deterioration of archival material can usually occur due to two main triggering causes: the self-induced degradation of the same material of which the documentary assets are composed and the decay due to the interaction with substances found in the conservation environment.

In this artice we will talk about: 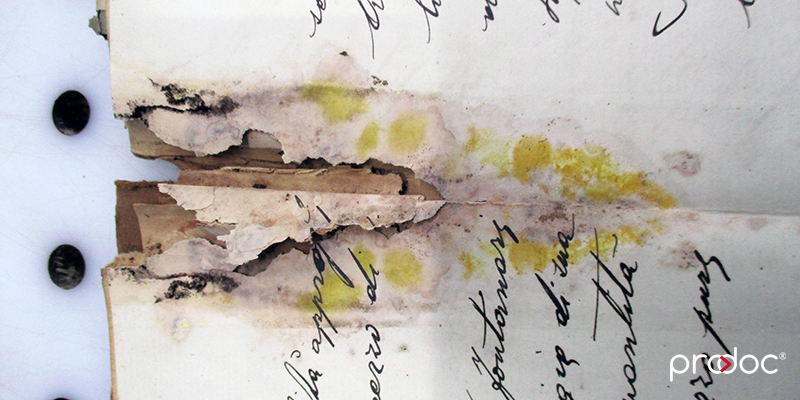 Since the library heritage mainly consists of organic material, it naturally undergoes the aging and decay processes typical of every biological substance, which, however, can be stimulated or facilitated by certain environmental conditions and by specific chemical reactions that can occur among the materials it is made of.

For example, the cellulose fibers that constitute the basic structure of paper are subjected to a natural and irreversible process of chemical degradation due to the acidification of the substances with which they are mixed, which, although it is substantially stimulated by the circumstances where the asset is located, would occur, with different timing, even at optimal storage conditions.

Some degenerative processes are also stimulated by the characteristics of the substances themselves that make up the documentary asset: possible residues of chemical substances due to a manufacturing process not carried out correctly, inks with a chemical composition that is too acidic that can damage the paper on which are applied and chemical reactions due to the interaction between materials that are not compatible with each other. 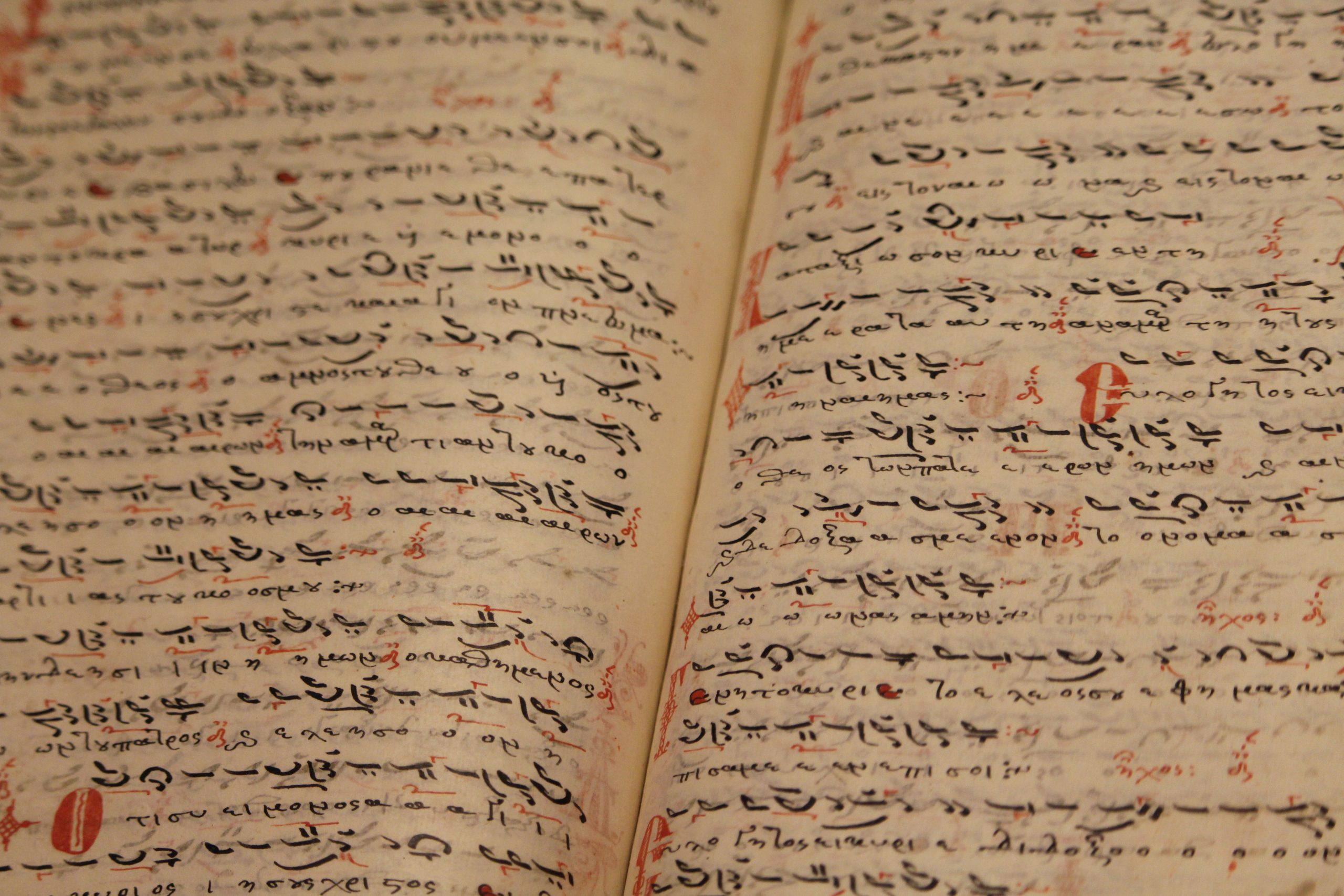 Decay due to interaction with harmful substances

The deterioration due to chemical agents is largely determined by the interaction with a contaminated environment, rich in harmful substances, which, coming into contact with the documentary material, can trigger some chemical degradation processes: the chemical composition of the the atmosphere that characterizes the conservation environment is strongly connected to the extent of the interaction it has with the outside of the institute.

The presence of openings to the outside, a constant frequentation of the archive rooms by a large multitude of people, and a lack of frequent dusting of archival materials, can cause the deposit of harmful substances on the documents, triggering and facilitating the procedures of aging and decay.

The openings to the outside favor the entry into the conservation environment of atmospheric pollution in the form of dust and fine dust which, depositing on the surfaces of the materials, cause chemical reactions with the basic substances of the same causing a non-negligible deterioration, and of insects and other living things that can damage the heritage.

Similarly, a very assiduous attendance of visitors and employees can favor the entry and deposit of large quantities of carbon dioxide, or microbiological agents that can attack the documentary material.

Even the simple deposit of dust can cause an important degenerative action on archival material, due both to chemical processes caused by substances that are often trapped in the dust, and to physical processes due to the rubbing of fragments on the surfaces of documents and attraction of water particles from the dusty patinas.

DO YOU HAVE AN EMERGENCY?CALL the TOLL-FREE NUMBER: